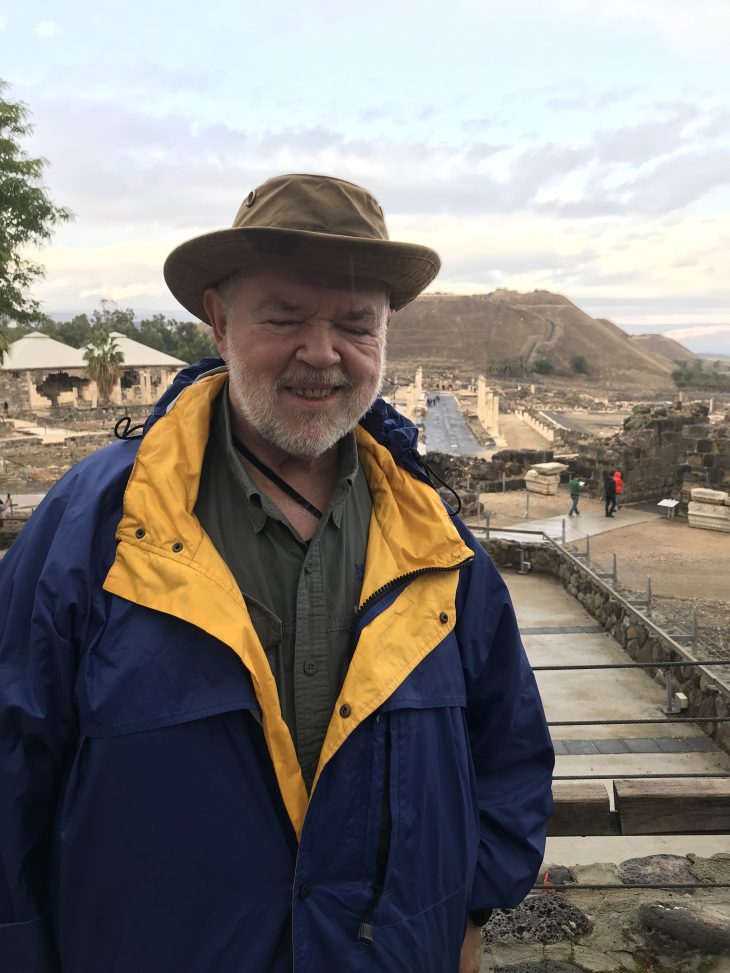 Listening to the Father, declaring I need help
Jesus rights the wrongs in me
Relationship is not a test, it is a fact

The Father yearns to hear my cries
He knows the pain I feel, He will answer me
If only I will listen

So often Words from the heart of God
Sail over my head, I don’t feel worthy
To hear what God has said

I seek a cleansing and condemnation
To relieve my heart of sin
Jesus is forgiveness, Christ brought me in

Everyday the Father, speaks Words of love and direction
He would that I know the way to go
Having the heart to stay the course

Speak Lord and I will listen, again I fail to hear
I’m listening for condemnation
Works seem the way I fear

Yet Christ has made me family
I know the fear of God, and believe it
His promises dear, Christ brings me near

Near to the heart of God, He loves me
Everything I ever wanted, is offered by my Lord
Listen to the Father’s heart, His love expressed so clear

Now each day is fresh and new
Christ leads me, His promises clearly say
The Father is speaking, I am listening

He is clearly, emphatically guiding
Letting me know His love for me, my responsibility
How much He loves me, telling me what to do and say 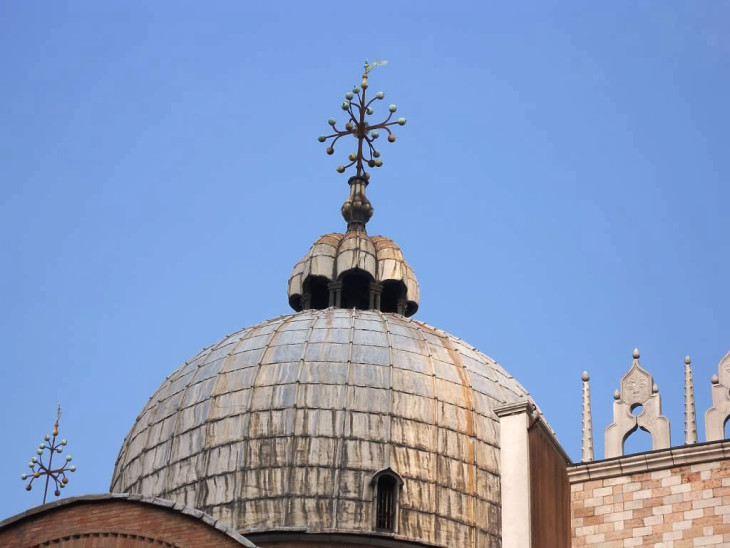 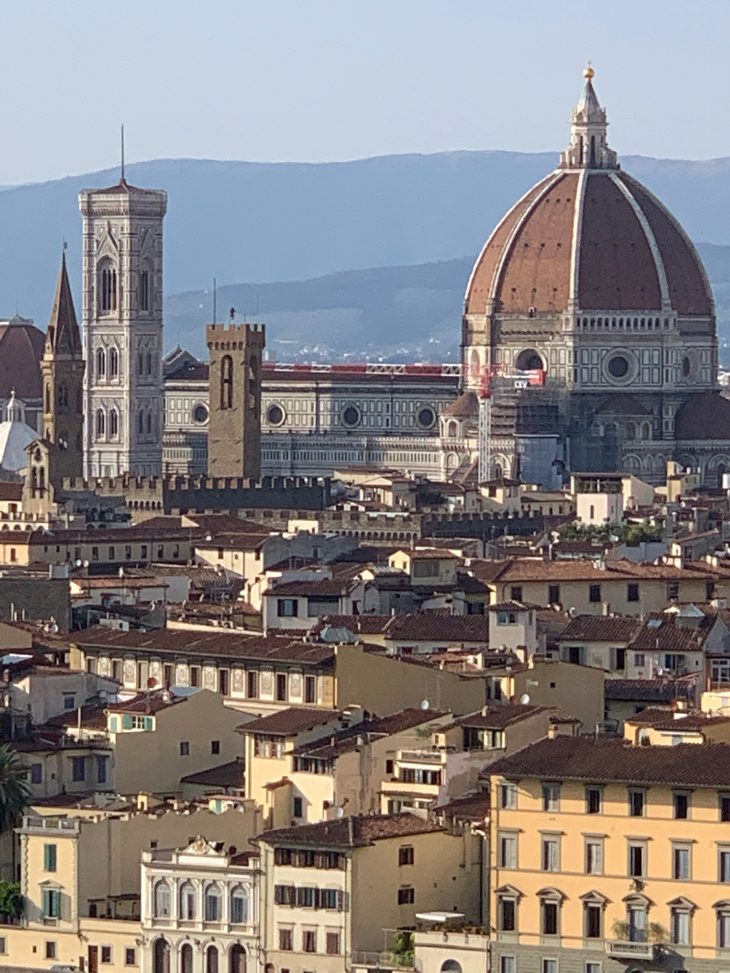 Clay Corvin
General
Comments Off on BECAUSE OF ME 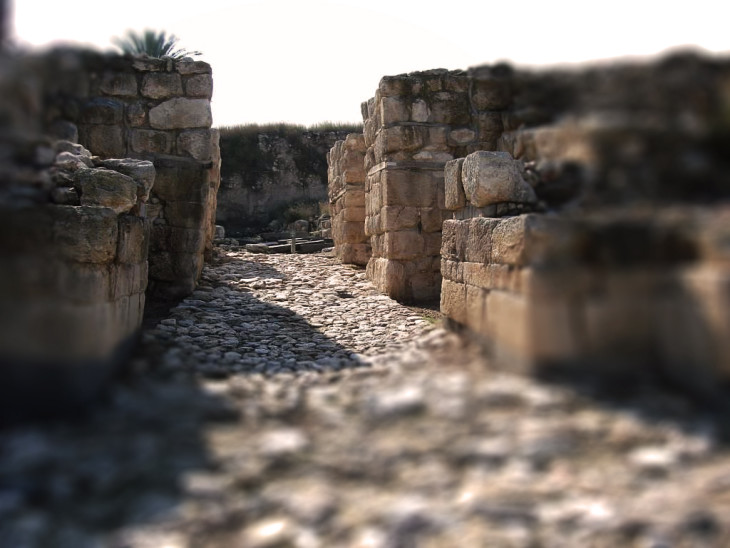 I caused His death, Jesus died for me
My hard headed, evil ways, caused the Lord to plan the Cross
It was the only way He could deal with my sin
The way of the Cross, burdened Him
He knew my pain, deep and wide
He knew my stubborn discontent, He felt it before I was born
He knew my need in my mother’s womb at 16
There was nothing unknown about me
Although in my mind I seemed so wise and decisive
I was only impudent, blind and stupid
A committed sinner willing to do anything to please myself

Jesus died for me, He did it with premeditation
Living a life of purity
Learning to bend His knee in service
The King of Glory shouldered my burden of sin
He carried it for 33 years
Imagine my pain when I’m inconvenienced 3 minutes
Jesus died for me, He did it with determination
He worked with His family until he was 30
They didn’t know who He was
Our king was simply their brother
His life a joy, He rejoiced in obeying His Father
Then for 3 years He labored with 12 and one of them a devil

His time came and He went to the Cross
Cruelly beaten and bloodied
Beaten to the edge of His life
He needed help to carry His cross
He spoke no words as He suffered
He quietly spoke
Forgive them for they know not what they do
Jesus died for me
Three days and by the Power of God He rose from the grave
He shared His love with me
He offered His life to me
I said yes, please Lord Help me, I am poor and needy
He forgave my sin
He gave me life, He saved me from my sin and broke the chains that bound me
Jesus lives for me, Seated at the right hand of the Father
Jesus lives in me, The Holy Spirit empowering me to live
Now I live my life in Christ, Jesus saves me 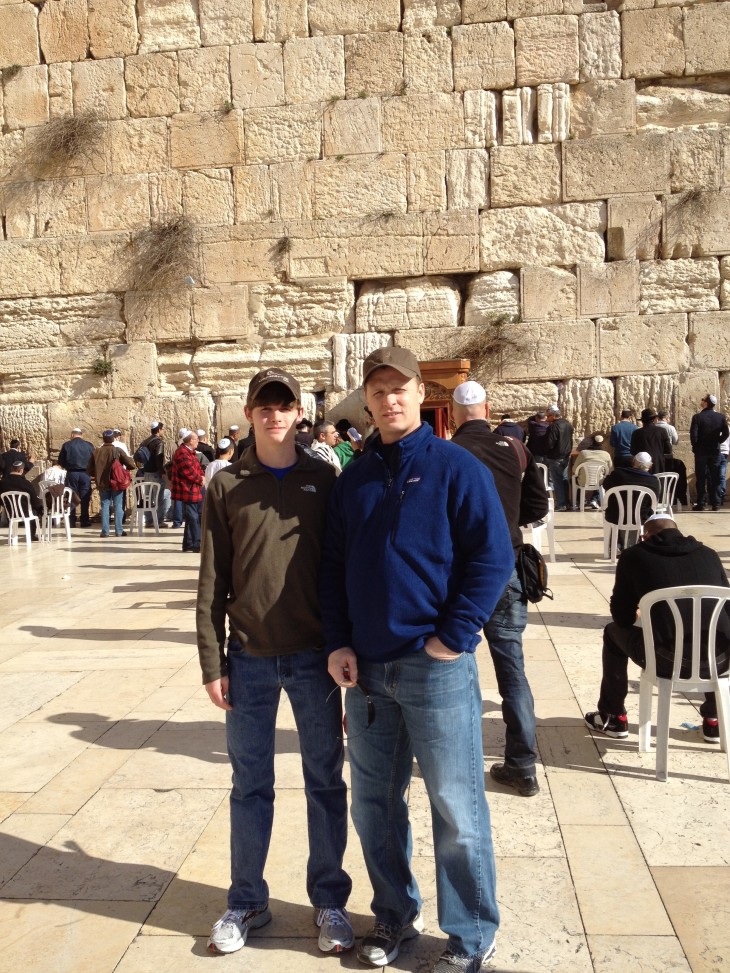 The Psalms continue to be a major force in my daily walk with the Lord.  They are so transparent and real in dealing with all the factors of our life.  The Psalmist isn’t afraid to talk with the Lord.

We face daunting odds every day of our life.  For every good thing that happens it seems unbidden at least 10 strike us.  As we age we struggle to stay in contact and open communication with our children, grandchildren and some great grandchildren.  The world is always upside down.  I read the headlines today and the simple issues of morality are just over whelming.  One of the big stories of 1978 was the serial killer Ted Bundy murdering the young coeds at Florida State.  This morning I read of the abortion doctor that had 50,000 abortions, many admitted had been live births to harvest the organs.  50,000?  No one is marching about those precious lives lost, murdered by a serial killer of babies.  The helpless.  The persecuted.  Lord help us as we strive to serve you.  How can we stand in the midst of a society so brutal that claims up is down and down is up.  A society that enshrines hate and evil while casting aspersions on those who would seek to help.  O Lord let my cry come to you.

One of the tragic things we discover as we study history is that every generation that has lived on Earth have huge commitments to evil and sin.  We are not particularly special-no better, certainly no worse-because evil is evil and sin is sin and we all are desperately in need of a Savior.  When we come to Jesus we come to the One who paid the price for our sin.  Personal payment.  He knew our name.  He saw our face.  When you read Psalm 139 you quickly realize that God didn’t create an amorphous World-He created us one by one.  None of us asked to be born.  It was the creative act of a loving and caring God.  Jesus loves me this I know-For the Bible tells me so.

I’m reminded of Melvin Jones, New Orleans-my partner for more than 25 years.  Mel is African American.  He was a wealthy, self-made millionaire who began to read his own ads and got run over by evil-drugs.  Jesus found him in the gutter, living on the street, slowed down enough that he could hear the Lord speak.  Mel, Mel why are you persecuting me?  Mel’s response was to consider suicide but he threw one last challenge to the Lord and Jesus saved him.  I wish I could tell you it was all easy after that-it wasn’t.  He was a multiple relapse offender.  He struggled.  He failed and finally not long before Katrina it all clicked and he’s been clean and sober now about 20 years.  But much more than that, God created through him Bethel Community, a drug rehab center in New Orleans.  There are generally about 200 plus folks in drug rehab every day for the six month program.  He encourages folks to do one year and those that succeed generally take a year to lay the foundation of their lifelong battle with addiction.

I FIND LIFE CAN BE CONFUSING 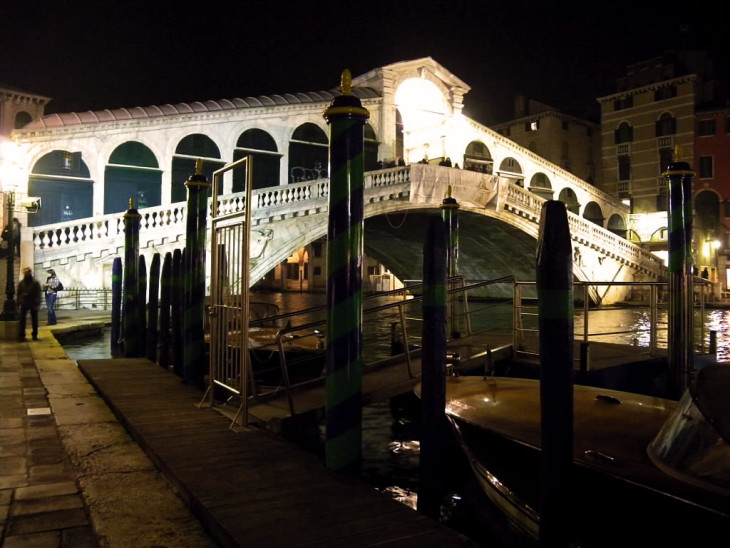 I’ve been thinking about Psalm 86:5-6 last night in the night watch, in my heart, in my mind and all day today.  The Lord is precious, powerful, and praiseworthy.  Thank you Lord for listening to me and making complex confusing things simple.

I FIND LIFE CAN BE CONFUSING

I find my life in troubled times to be very confusing

The options we face, the potential disgrace

Can weigh upon our hearts and minds

More than even we realize

That we aren’t what others think we are

Even if they think less of us than we do

“Gladden the soul of your servant, for to you O Lord, do I lift up my soul

For you, O Lord, are good and forgiving, abounding in steadfast love

I want my soul to be unburdened, gladden my heart O Lord

Help me to be the person you meant me to be

Let me help others more, and care less of what others think

I want an honesty between us Father, short accounts on sin

Long accounts on prayer, spending time with You

Doing more listening than talking-You know who I am

I want to know more about who You are!

I desperately need your presence and council

I get sick without Your abiding, deep, merciful love

Create in me a clean heart and a resourceful mind

Help me to study, to encourage, to help, to strengthen all I meet

People count Lord, they count with you

I pledge to make everyone I meet count, people count 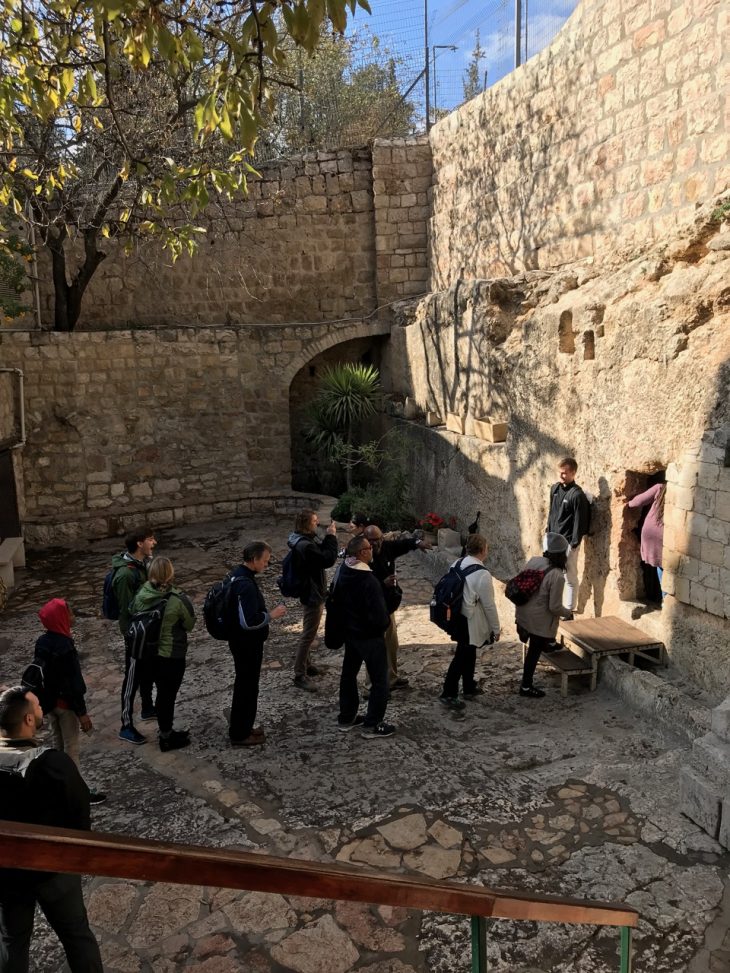 Dark days surround us, popping up at inopportune times

We cling to hope, Christ our Lord

As we stumble and grope our way along

We know things will work out one day

Praying today is the day

If it isn’t, our hope is still there

We care and believe and move on

Dark days surround us, past, present and future

We know the way, that will carry each day

Claim our place at the Master’s throne

Explain our pain, expound our lack of gain

He will listen, He knows all about us

I have a choice, as do you

Choose to see with my Lord’s eyes

By faith know it is true, what He says He will do

Thinking in terms of His love for me, focusing on His promises

Refusing to believe the enemies lies, Jesus is Lord of all

My life has meaning and purpose, momentary setbacks

A constancy of purpose, seeking to grow and mature

The Lord is here, He is near, He never leaves me

Knowing this, I live to serve, I live under authority of the Lord Himself

Today is another day of victory, they add up quick

We will stand in His presence more quickly than we know

Jesus our Lord and guide, He has a place for us in His krewe

It’s a day for singing, remembering past success

How He broke thru the gloom and doom, the lies destroyed again and again

I cling to the old rugged Cross, His victory emblazoned for all

Jesus is Lord and King, the way of the Cross for me 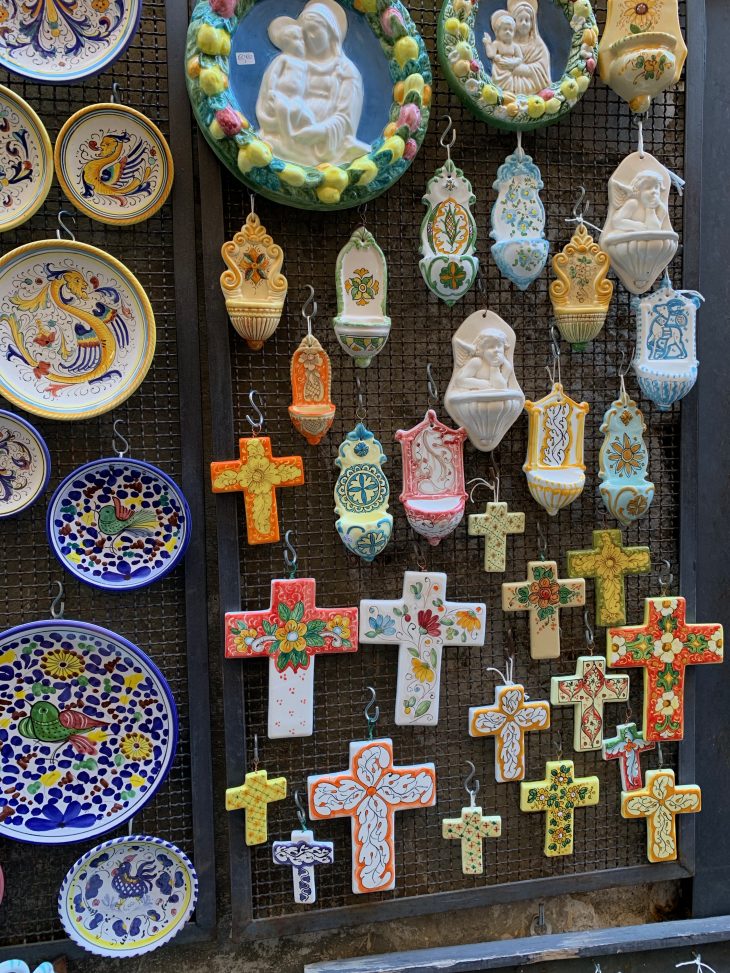 TO: Carol
On Our Fifty First Wedding Anniversary

Everything under the Sun is new again

Back home where we began

I often feel twenty-one (only in my mind)

Every day is great

All the challenges-physical and otherwise

It’s better by far where-ever you are

Blessings overflowing far beyond anything I ever dreamed

Gratefully we continue to travel

We are still one-not done yet!

You make this work-You are the best part of me

Thank you- thank you for the multitudinous blessings

I love this journey with you

I love you – Happy Anniversary! 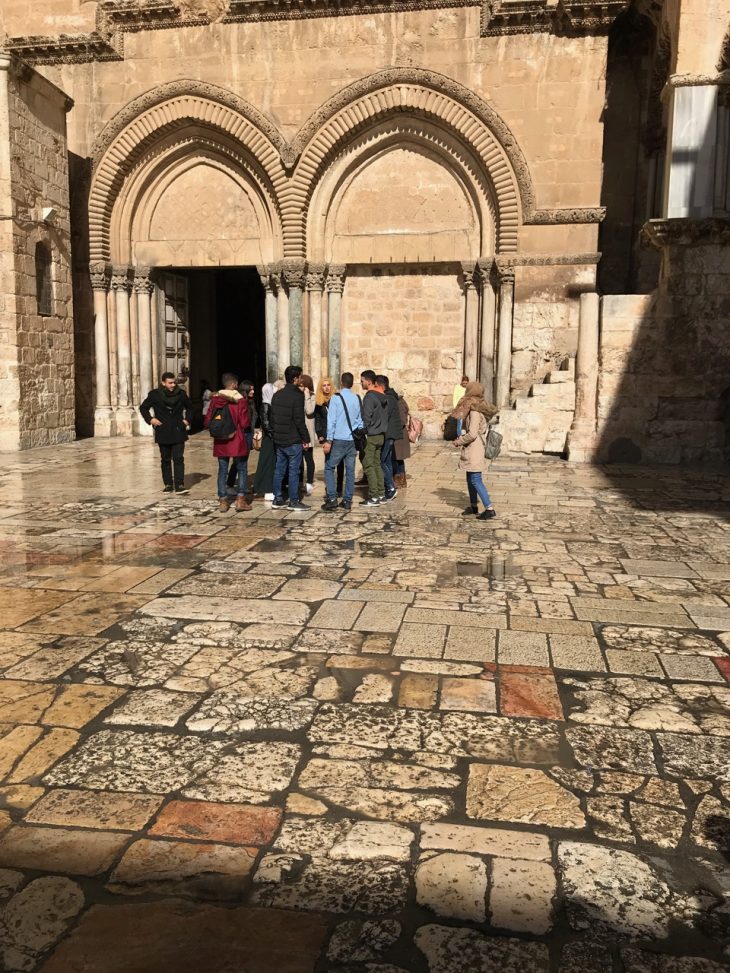 Christ in me, Freedom from the evil one
Christ forgives my sin, sets me free
Giving me the power, to live free and Serve Him

Christ in me, my Mind submitted to God
Oh Lord help me, rebuking my Evil thoughts
Harnessing my wandering heart, focusing my mind on You

Christ in me, His control guides me
Leading me to serve, equipping me to grow
The things I do important, His power available if I ask

Christ in me, He knows the end from the beginning
Serving Him and using me, His goal, my hope
Giving me the confidence to rejoice, He gives me peace 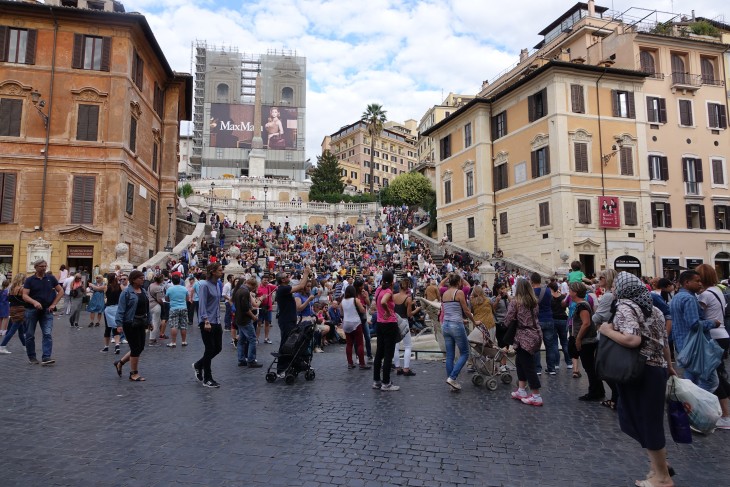 Christ died for each one of us

We cannot escape our responsibility

Caring for people is Christ’s work

We have so many gifts

Getting lost in the clutter

What shall I be? Always me, my and mine!

Let me help you focus

The Word is Christ

Our call is to serve

It begins in our family

Learning how to get along is first

If I can’t get along in my family, how can I do God’s work?

Prayer and time with Jesus

Doled out by the bucket full-If we will only ask!

Service is what we do

God’s call to each of us

First to family, then to neighbors

Then to everywhere we go

There is no place where we don’t serve

Our calling is to surrender

Our work comes from obedience

People are important, be His servant